Was any federal program ever more misnamed than the “Nursing Home Quality Incentive Program”?

Rather than reward nursing home quality, it has effectively rewarded states that have out-of-control COVID-19 community spread.

Case in point: In the first round of Nursing Home Quality Incentive Program payments, only $394,274 was distributed to 66 New Hampshire nursing homes, according to adjusted data from the U.S. Department of Health and Human Services. That’s an average of $5,974 per facility. Just Maine and Vermont fared worse. Not coincidentally, they shared the distinction with New Hampshire of having the lowest rates of COVID-19 cases per capita in their general populations.

In contrast, in that first distribution, Senate Majority Leader Mitch McConnell (R-KY) was able to chortle over the fact that the average Kentucky facility received $36,607.  In a celebratory press release, he trumpeted: “I’m proud my CARES Act is delivering the federal funding to help keep nursing home residents and employees healthy.” This was pretty risible coming from the man who has killed all additional relief legislation that could assist nursing homes and their frontline workers providing heroic care.

As one of just 10 donor states that receive less from the federal government than its residents pay in taxes, New Hampshire is happy to help out . . . but there are limits.

After our association pointed out the inequities, New Hampshire’s four-member congressional delegation sent a letter to HHS Secretary Alex Azar.

“While we believe that it is important to reward quality improvement and performance on infection control in nursing homes, the current formula disadvantages nursing homes in states that have more effectively contained COVID-19 spread in the community but simultaneously have issues with COVID-19 infections and mortality in LTCFs,” they wrote.

New Hampshire, until recently, had been very successful in containing community spread, which made the mortality rate for perhaps the nation’s oldest nursing home population look worse — indeed, the nation’s highest as a proportion of the overall population. As the congressional delegation noted, “The fact that there is a lower level of COVID-19 spread in the community in New Hampshire does not mean that Granite State nursing facilities do not need support…. That is why incorporating measures of overall community spread of COVID-19 (outside of nursing facilities) into the formula is so damaging for states like New Hampshire.”

Yet it happened again. In the second round of Nursing Home Quality Incentive Program payments, federal data shows that only 56 New Hampshire nursing homes share $1,204,031. That is an improved average of $21,500 per facility, but still dwarfed by what facilities in other states are receiving: $78,758 on average in McConnell’s Kentucky, for example (cue the press release!), or $156,926 per nursing home in South Dakota, where Gov. Kristi Noem (R) is a COVID-denier who has allowed her state to become a Petri dish of infection.

According to the Associated Press, Noem has “refused to encourage people to wear masks or socially distance, instead saying the best thing people can do to stop the spread of the virus is wash their hands.” While it’s nice that Gov. Noem at least recognizes the discoveries of Louis Pasteur, a lot has been learned about controlling viral infections since he died in 1895.

It is a perverse “Incentive Program” indeed that would reward nursing homes the most in states making the least (or no) effort to control the virus.

Such irrational governmental policy — playing favorites at the national and often the state level — is something we have come to live with through this pandemic. And the future of nursing home care in states like New Hampshire hangs in the balance as we await a coherent federal strategy. 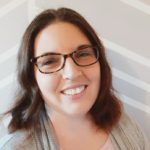