Clients often rely on us to provide the latest updates and trends in the industry. To that end, sometimes the trends we see lend themselves to helping these providers better care for their residents, or gain a competitive edge over competitors.

For example, keeping up to date on the latest clinical and business trends allows facilities to better compete in the marketplace, and perhaps increase admissions. Certainly, any way that our industry can deal with Alzheimer’s disease more effectively is worth constant and continuous discussion. As it turns out, 2020 may be the year for breakthroughs in Alzheimer’s care and treatment.

Last month the Washington Post reported on new technologies being developed for people with Alzheimer’s. The prevalence is getting worse across our globe, with more cases being reported each and every year.  The world-wide problem, of course being, that there is no cure for Alzheimer’s despite the fact that the FDA has approved five drugs for Alzheimer’s disease in the last 20 years. Most drugs, including even medical marijuana, have been used to treat Alzheimer’s symptoms, mainly treating confusion and agitation rather than curing the disease.

However, new focus is being paid to technologies that can help deal with confusion the same way the drugs are.  For example, more and more apps or touch screen applications can help Alzheimer’s patients by providing reminders, music, videos and connections to caregivers and doctors.  These technologies often can help, but not altogether replace, caregivers to properly care for Alzheimer’s patients in their homes or the assisted living and skilled settings.

The technologies include life-like robotic companion pets, robots used to help patients remember to complete a task, GPS tracking tools to help wanderers, and even virtual reality systems that can transport Alzheimer’s patients to other parts of the world or decades to ease agitation and confusion.  These technologies are just better ways to help patients cope with their exiting symptoms of Alzheimer’s disease. These technologies are seen as filling a void, according to Professor George Perry, Professor of Biology at The University of Texas at San Antonio, who also serves on the scientific advisory board of the Alzheimer’s Foundation of America.  See, Lindsay Kalter, “Virtual Reality, Robots, Interactive Apps, Other New Tech Help People with Dementia and their caretakers,” Washington Post, December 15, 2019.  Researchers show that while these technologies are not a cure for the disease, they certainly allow people to live better lives and to be “happier” living with Alzheimer’s disease.

But if that were not enough, 2020 may also see new drug therapies for Alzheimer’s disease.  A new Chinese drug for Alzheimer’s will be starting clinical trials in 2020. The Chinese drug maker Shanghai Green Valley Pharmaceutical Company is planning to clinically test the new drug, called Oligomannate, by recruiting over 2,000 patients with mild to moderate Alzheimer’s disease in 200 sites across North America.  “Chinese Alzheimer’s Drug to Launch Global Trials Amid Skepticism,” Bloomberg News, December 29, 2019.

With this combination of a new drug therapy and new technology therapies, perhaps the prognosis in 2020 for Alzheimer’s disease treatment will be categorized as “getting better.”

Neville M. Bilimoria is a partner in the Chicago office of the Health Law Practice Group at Duane Morris LLP; [email protected]. 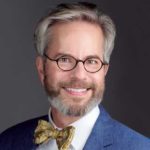 Resolving that tension between clinical and financial leadership