As a licensed nursing home administrator since 1985, I have had many peaks and valleys in my career! I am happy to report that the majority of my work in the  facilities I have had the privilege of overseeing in California, Hawaii, Massachusetts and now Florida has been rewarding and fulfilling. I received the following letter last month that reminded me of why we do our jobs.

When I first met the niece of a particular resident, she was distraught. She was trying to move her beloved aunt from a facility in Gainesville, FL. She said her aunt was a shell of herself and she just couldn’t take it anymore. I told her to rest assured that our facility would do the very best we could to try to get her to her former self in any way we could.

Here is the letter we received after the resident passed away:

I’d like to offer my sincere thanks to you for the care your gave to my dearest Aunt during the short time she spent at Gulf Shore Care Center.  My aunt was one of the sweetest people I’ve ever met – and she was a shell of herself at the facility in Gainesville.

The change I saw in her, almost immediately after we got her to St. Pete, was remarkable and it was due entirely to the care and attention she received at Gulf Shore. I’m especially grateful to the staff for listening — and really hearing me — when I made requests for her care. I noticed within the first two months that her whole demeanor — including the tremors she had when she arrived — turned around completely.  She was kept comfortable right until the very end. I’m so grateful to the staff who cared for her and who took the time to talk to her, and noticed how her face just brightened up completely when she smiled.

I’m so heartened by the fact that she was in a good place and surrounded by people who truly cared for her. It made being so far away from her so much easier. I’ll share with you that this past weekend at Mass, the music minister happened to end services with the same hymn that I was singing to her at her bedside before she passed — and the lights in the church flickered after the hymn was finished. I know it was  her blowing kisses goodbye on her way to heaven to join her beloved sister (my mom), her brother Jack and life partner Diana. I hope you will share this with the appropriate staff who cared for her. Many thanks and blessings to all of you.”

As regulations change and the complexities of operations can become overwhelming, it is easy to lose sight of the important and meaningful work we all do every day in our nation’s nursing homes. And then an email like this comes across my desk. As I proudly share it with our staff and remind them that for every letter we don’t get, for every phone call that is not made, our work and our livelihood are still affecting millions of lives a day.

When I retire, I will be proud to say I devoted my life to being a nursing home administrator. At the end of the day, I have received so much more out of this profession that I could have possibly given to it.

Louise E. Merrick is the administrator at the Gulf Shore Care Center in  Pinellas Park, FL. 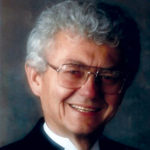