Do you live to eat or eat to live? - McKnight's Long Term Care News

In the question of whether one lives to eat or eats to live, friends know that for me it’s definitely the former. There is so much to enjoy about a great meal, a special treat, a family favorite or some new and interesting taste sensation!

Unfortunately, for many nursing home residents, we’ve made it largely all about eating to live rather than the reverse.

In the traditional nursing home operating in an institutional service model, dining (or “dietary services”) focuses primarily on nutritional requirements, physician’s orders, and health issues and challenges. In this environment, I doubt many residents look forward eagerly to their next “diabetic, no added salt”, or their pureed meal or can of Ensure. Food and its enjoyment is so important to a good quality of life for most of us. Isn’t it no less important for the person now living in a nursing home – perhaps even more so?  I’ll refrain from getting too far into my own relationship with food, but doesn’t it serve to give most of us a source of comfort when things may not be great?

Some have most certainly figured it out already. Nursing homes committed to culture change “get” this and often put significant effort into making the dining experience one that returns pleasure, satisfaction, and joy to residents on a daily basis. In fact, it is often one of the first areas a team embarking on a culture change journey decides to tackle – indicative of just how big an impact we all intuitively seem to recognize that change in this area can have on people’s lives.

Soon, those that have not yet embraced this perspective will be getting a nudge – at least if the food and nutrition regulatory requirements proposed by the Centers for Medicare & Medicaid Services remain in the final rule when it finally hits the street. While regulations have long referred to resident choice in many areas, the food and nutrition requirements have focused more on the home’s responsibility for meeting nutritional needs and following clinician orders than on creating a great dining experience – or frankly, even an average one.

This is also one area where homes often had concerns. They often wondered which would hold more sway for their survey team, resident choice or the requirements for food and nutrition as written, which have reflected an expectation that the home take ultimate responsibility for preventing residents from making less than healthy choices.

This led to prioritizing what professionals thought a given resident should or should not be eating. I don’t know about you, but there are days that I would prefer not to know what a dietitian or physician would think about my food choices. It’s my life, not theirs. I don’t expect that to change if and when it’s my turn to live in a nursing home. Experts can advise me and recommend I eat this or that. But I expect that just as I do now, sometimes I will be happy to make good choices and at other times I will say “to heck with it, bring on the dessert – with extra salted caramel sauce, please!”

CMS begins to support resident choice and autonomy in food and dining to a much greater degree in the new proposals. The proposed language still speaks to meeting nutritional needs, but doing so in the context of resident preferences. It also calls on nursing homes to incorporate, “religious, cultural and ethnic needs of the residents, as well as input received from residents and resident groups.”

Perhaps most importantly, it clearly states that, “Nothing in this paragraph should be construed to limit the resident’s right to make personal dietary choices.” Seems pretty basic to me. It’s a few sentences, but is a great leap forward in recognizing that the people living in nursing homes are not merely “patients,” subject to a clinician’s will. They are people, and they retain all the same rights, including one so basic as choosing what to eat.

Revolutionary? One would think not, but in fact it is rather radical given the world we’ve been living in up until this point. Let’s hope that this language remains in the final version, and that surveyor guidelines also emphasize the importance of choice in the lives of residents, such that implementation of these requirements in the field remains consistent with the potential power of the words on the page.

While most of us would agree with these changes in principle, those nursing homes that have not yet travelled this path may be starting to get a little concerned – and if they’re not, perhaps they should be. For it all sounds a lot simpler and easier than we know it really is to fully put into practice. It’s one thing to accept that a change in mindset is needed, but it’s an entirely different thing to figure out how to operationalize all this choice and individualization while serving 100-plus people three meals a day, as well as accommodating their preferences to eat at any other time of day (another element of the proposed requirements). Far from impossible, mind you – after all, restaurants do it routinely. But it’s new for many nursing homes.

So if all this leaves you scratching your head and thinking, “Great, I want to do this, but I have no idea how,” then have no fear. Pioneer Network has been at the forefront of this issue. Beginning with our second Creating Home symposium in 2010 and subsequently working with 12 national professional societies to establish the Dining Practice Standards, we have led efforts to clearly articulate best practice in this area.

We created our Dining Standards Toolkit to share practical implementation strategies and concrete tools with homes across the country. There are roadmaps available to you for this journey. Your residents deserve it and pretty soon, CMS will be expecting it. What better reasons could there be?

Ruta Kadonoff is the executive director of the Pioneer Network. 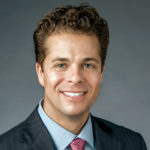