Over a decade ago, a healthcare administrator named Carolin Duncan spent two months undergoing training far from home. It occurred to her during that time that she was feeling many of the same things seniors feel when residing in a skilled nursing facility. She had feelings, she wrote, of loneliness, helplessness and boredom.

She added that those in charge of the sessions were warm people, in the same way most healthcare professionals are warm. Also like such professionals, they were free to go home at the end of each day to see their family and friends and follow their usual routines. Next day, same routine: Rinse, repeat.

The same could not be said for those like Duncan, and in her case, it led to extreme homesickness. She wrote that she missed her old, familiar places so much that she was “close to tears.” At the same time, she developed an appreciation for the emotional needs of SNF residents. Always in the back of her mind was the fact that she was sorting out her feelings while aware she would, in fact, be going home:

How much more intense and painful these feelings must be for those dear people for whom “going home” will never happen! I may not always know when I will be able to see my family, my home, or my friends again, but I know that one day it will happen. I cannot conceive of how I would feel if I knew I could never go back to them. I understand on a gut level why so many residents are “emotionally fragile.”

Concern over seniors’ loneliness has only grown since then, as America has continued to age and experts have come to fully understand the implications of isolation. A 2012 study revealed that those who considered themselves lonely showed an increased inability to bathe, dress, eat, use the bathroom or get out of bed. Other studies have concluded that those falling into that category are 64% more likely to suffer from dementia, 30% more likely to do harm to themselves and 26% more likely to die before their time.

As Duncan discovered, loneliness is a perception. As it was phrased in a 2016 study by the Journal of Post-Acute and Long-Term Medicine, it is “a subjective feeling, a discrepancy between a person’s own expectations and one’s actual social network.” It is possible to feel lonely even as one is surrounded by others, as is the case in a skilled nursing facility.

That study concluded that between 4% and 9% of those in a community setting could be regarded as constantly lonely, while another 33% could be seen as occasionally so. Those findings track with those of a 2019 University of Michigan study of Americans between the ages of 50 and 80, whether institutionalized or not. Eight percent reported that they often lacked companionship, while 26% said they sometimes did.

It has been determined that there are different types of loneliness — emotional (i.e., a dearth of close relationships), social (a disconnect with family members, friends and neighbors) and collective (the feeling that one lacks worth within the community as a whole), with some experts also adding a fourth category: existential loneliness (the belief that life lacks purpose).

The triggers for such feelings vary. Physical decline, such as hearing impairment or compromised reflexes that result in an inability to drive, can lead to increased isolation. The loss of a spouse or loved one can do so too.

There are, however, steps that can be taken to curtail this behavior, and they fall into three categories.

Because of the different types of loneliness, as well as the different root causes, there is not a one-size-fits-all approach healthcare professionals can use to help residents through it. Researchers from the University of Chicago concluded in 2010 that cognitive behavior therapy — i.e., addressing patients’ distrust and fear of rejection by teaching them to question their own long-held beliefs — is most effective.

There are, to be sure, simpler measures healthcare professionals might take, not the least of which is this: Listen. As author/psychotherapist Tina Tessina said in a post on Agingcare.com, “Saying ‘tell me more’ is a gift you can give from your heart.” That information can be applied in creative ways, as professional caregiver Bobbie Smith revealed in that same post. Having learned that a cantankerous older male resident had an interest in singing and photography, she broke out in song one day in his presence. Inspired, he joined the community’s choir, as well as a photography club.

It goes without saying that family also plays a key role in minimizing a loved one’s loneliness, through regular visits and phone calls, and by participating in those activities a facility might open to them.

Duncan suggested in her long-ago post that those running skilled nursing facilities would do well to duplicate as much of a resident’s home setting as possible. SNFs should be “household”-like in that they afford everyone living there easy access to various areas, including communal spaces where people can congregate. And she envisioned these places as featuring not necessarily TVs but large windows, fireplaces and perhaps even waterfalls.

The idea is to ease the transition from a home setting to an institutional setting – to minimize anxiety and make it less likely a resident will retreat into a shell.

The layouts of The Allure Group’s six facilities very much adhere to Duncan’s vision. We offer hotel-like amenities, not to mention extras specific to the clientele of a given area. The Bedford Center, for instance, features a Longevity Garden that caters to the linguistic and cultural needs of the Chinese community, while the King David Center has a synagogue and a kosher menu. In addition, residents of the Crown Heights Center have at their disposal a Spanish menu.

Odd thing about social media – while older Americans use it over three times as often as in 2010, it hasn’t made a dent in the incidence of loneliness. In fact, the AARP discovered that loneliness actually edged up among regular users.

Experts believe, however, that other technological breakthroughs can help. Consider digital assistants like Amazon Echo or Google Home, which can brighten one’s day by playing a favorite song or sharing a familiar story. Consider weighted blankets, which can alleviate the anxiety often associated with depression. Consider light therapy, which can literally brighten one’s day during the long winter months.

Then there are Care-Bots – robots that in 2018 clinical trials showed they can potentially aid dwindling SNF staffs by dispensing food, drinks and medicine to patients, and by helping them use restrooms. Progress toward developing a robot that can interact with seniors is ongoing, not to mention challenging.

The bottom line is that loneliness is an ongoing problem among seniors — one that has many causes and manifestations, but also many possible solutions.

Joel Landau is the founder and chairman of The Allure Group. He is also the co-founder and managing director of Pinta Capital Partners. 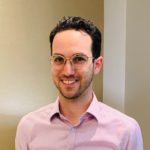 How we celebrated Pride Month