Any eggrolls with that, Sweetie? - McKnight's Long Term Care News

It so happened that in the drive-thru at Panda Express recently, I had an epiphany. Let me explain.

In the early 1990s — I can’t believe it was last century — I was a young licensed nursing home administrator at a 120-bed skilled nursing facility in southwest Missouri. I’d had my administrator’s license only a couple of years. We were in the midst of our anxiously anticipated survey, when a member of the survey team brought a concern to me.

One of the best nurse aides who had worked at this facility for more than five years was providing care for a female resident. She was overheard by the survey team member visiting with the resident, calling her “Honey” and “Sweetie.” This survey team member was outraged, citing dignity issues.

The care delivered was not an issue: It was above par. It was the language the CNA was using to address this particular resident. I must admit, I did not think it was that big of a deal.

I tried to explain, “The CNA is a great one, she loves the residents, she didn’t mean anything derogatory by it …” All to no avail. This was before the concept of “person centered care” had formally evolved.

Don’t get me wrong, I knew the residents were not to be addressed that way, but I still tried to defend the words of the CNA. This particular resident did not seem to mind, and I thought of it as somewhat endearing to the resident. Despite my attempt to justify the well-intended words, a deficiency was still written.

It started with a very long and intense morning meeting. We emerged from the conference room hungry and bleary-eyed. Not wanting to spend a great deal of time on lunch, I decided to go to a nearby Panda Express for a quick bite to bring back to my office. A colleague joined me for the drive but wanted food from a nearby Popeye’s.

After calculating traffic, I determined that Panda Express should be the first stop.  I pulled up to the menu and speaker and I placed my order. A voice responded, repeating my order and then asking, “Would you like any egg rolls with that, Sweetie?” I declined and pulled to the window where a young lady, probably around 20 years old, popped the window open and said, “Would you like any sauces with your order, Sweetie?” I declined, got my food and another “Sweetie” and pulled away feeling somewhat troubled by a 20-year-old calling me Sweetie.

Quietly, I drove to Popeye’s to the drive-through, placed the order for my colleague and pulled to the window. Along with the chicken, I got a “Here you go, Hun,” short for honey. I couldn’t believe it — 2-for-2.  After returning to the office, I pondered what had happened and why it bothered me so.

Knowing that I was not the “sweetheart” or loved one of either of the drive-through workers, I felt as though they were being condescending, talking down to me and treating me as though I weren’t a capable adult, like a child. Who did they think they were, calling me Sweetie and Hun? After all, they were probably not even half my age. What happened to professional and respectful customer service?

My mind then took me back to that survey in 1993. How could I have been so naïve, defending this behavior on behalf of the CNA? Why couldn’t I have seen it this way at that time?

I suppose the inexperience of youth is partly to blame. I also believe that as I have aged I have become more sensitive to titles, labels and addressing others.

So now, I have a new perspective, a new story to tell to illustrate the importance of respect and dignity when addressing those we serve, and I look forward to continuing to learn and grow and sharing my lessons with others.

Lori Porter is a former certified nursing aide and nursing home administrator with more than 30 years of experience in long-term care. She is co-founder and CEO of the National Association of Health Care Assistants, a professional association of and for nursing assistants. A nationally sought-after speaker on frontline caregiving issues, she also is the author of the book “Everything I Learned In Life I Learned in Long Term Care.” 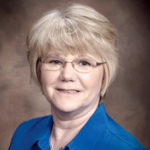