There was obvious shock and outrage when a 29-year-old resident of an Arizona long-term care facility gave birth after having been incapacitated since the age of three. None of the facility’s staff had any idea she was pregnant.

A licensed practical nurse, one of her caregivers and an employee for nearly 7 years, was charged with rape on the strength of DNA matching with the baby. The aftermath was marked by mass resignations and heightened oversight by the state[.

The tragic incident has provided yet another example of a persistent and troubling issue plaguing the long-term care community: The high rate of violence carried out against residents.

It’s difficult to get completely accurate data on the extent of the problem due to underreporting. While those in all ages and circumstances may be victimized, most incidents that occur in long-term care facilities are categorized as elder abuse as six out of seven residents are 65 or over. Half suffer from an Alzheimer’s-type dementia, while another 25% have moderate cognitive impairment[. With memory failure and communication skills and judgment impaired, dementia patients are especially at risk. They’re unable to report it, so it continues without consequence.

According to National Center on Elder Abuse, the most common are physical (29%) and psychological (21%) abuse, followed by gross neglect and financial exploitation (both 14%), and sexual abuse (7%). And it’s not always staff that’s to blame: resident-to-resident abuse is an issue, too, comprising 22% of incidents.

Watching for signs that long-term care residents are being abused and/or neglected is the first step to remediating the problem. The most significant red flags include:

Heading off the risk is the real challenge, though. The human cost aside, the stakes have gone up for facilities participating in Medicare or Medicaid (or both), given the F600 series of tags, citing deficiencies, that the Centers for Medicare & Medicaid Services (CMS) introduced to its survey process. The F-600 tags address their adherence to operating practices that are free from abuse, neglect and exploitation. They put responsibility squarely on the facility, reinforcing the importance of having an abuse policy and procedures in place that are well communicated and strictly followed.

A facility’s abuse policy should include the following recommended best practices to reduce risks:

The risk of a resident being abused, mistreated or neglected is not the kind of black mark any long-term facility wants to have against it. It goes a long way toward mitigating the risk when management and staff are on top of the issue and guard against it with a comprehensive policy and consistent training over time. 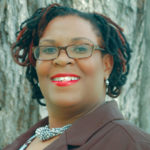 What to do when #MeToo reaches your facility