As a legion of Democrats begin running for president, they do so in two states that highlight long-term care issues.

New Hampshire, with its first-in-the-nation primary, narrowly trails Maine as the state with the oldest median age.  And Iowa, which opens the nominating process with its caucus, ranks at 13th nationally in the percentage of those 65-and-older.

Democrats should be concerned about capturing the votes of older Americans. Voters who were 65 or older backed President Donald Trump over Hillary Clinton by a reported margin of 53% to 44% in 2016.  Those voters comprised over one-quarter of the electorate.

Yet age-related programs – including Medicare and Medicaid – have been under the knife during President Trump’s administration, creating a real dissonance for his aged supporters that may, or may not, be recognized by them.

Since the Pepper Commission in 1990 recommended urgency in addressing long-term care needs, Congress has effectively done nothing. It is hard for those in politics to see the world beyond the immediacy of getting re-elected – every member of the U.S. House raising his or her right hand last month to take the oath of office faces re-election next year. We talk about a “Silver Tsunami” . . . and talk . . . and talk . . . with no action.

Might this next election be different?  It could be. The Democratic field is so crowded – including no fewer than six members of their minority Senate caucus alone, and perhaps more to come – that candidates will be looking for issues to break from the pack with. Long-term care would be a good one.

Iowa has been a case study in the havoc that a transition to Medicaid “managed care” can inflict upon vulnerable Medicaid populations. Nor have savings been as advertised. Here, at last, would be an opportunity for national Democrats to break from what Trump has derisively referred to as “their pet insurance companies” (notwithstanding their own special status within his Centers for Medicare & Medicaid Services).

New Hampshire shows that fee-for-service Medicaid reimbursement can be just as unsustainable – amidst a severe workforce crisis, in a state tied for the second-lowest unemployment, the Medicaid rate for nursing home care went up only 17 cents per day, per resident on January 1.  The state pays toll attendants more than the $12 an hour that the largest county’s county-owned facility can offer licensed nursing assistants with 100 hours of training.

What state does New Hampshire trail for the lowest unemployment rate? Iowa, where the head of the Iowa Health Care Association recently reported that “skilled nursing facility Medicaid funding faces a state funding shortfall of $54.9 million.”

These funding trends are unsustainable, both for the present and the future.  The Trump Administration may reportedly try to do an end-run around Congress and cut Medicaid unilaterally.

We have come a long way from when a Democratic president, in signing Medicare and Medicaid into law, stated: “There are those alone in suffering who will now hear the sound of some approaching footsteps coming to help.”

Channeling Lyndon Johnson, Democratic presidential candidates should proactively champion the needs of an aging population.  In doing so, they would also be supporting a long-term care workforce, largely comprised of women (91% of front-line nursing home caregivers, data shows), so often pursuing the living-wage dreams that adequate government funding, as opposed to just “$15 Now” rhetoric, could actually make possible. 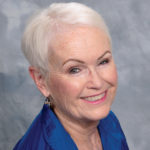